Scope Of A Visual Resume 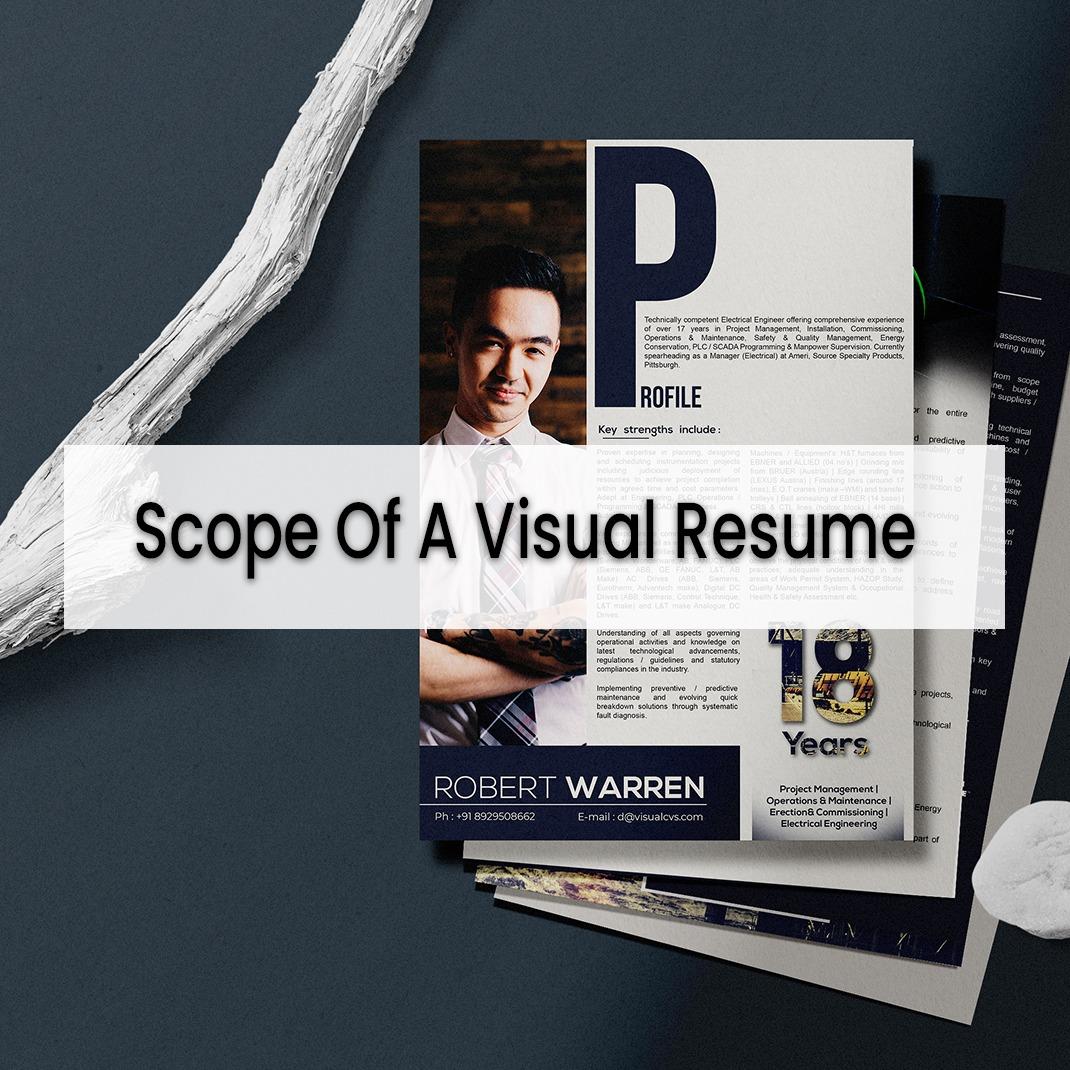 You’ve probably come across resume mockups of Elon Musk or Marissa Mayer’s resume and left awestruck with the way the resume was created. However, that’s a thing of the past. Visual resumes have evolved over the years and its clear from resumes such as Archana Purohit or Ayesha Saxena for that matter. Have a look at these resumes and you will know what I mean. These resumes are validation that its not the flashy resume that sells but the resumes that have a clear flow and is aesthetically appealing that does the trick. These resumes are well received in the market because they’ve not seen anything like this.

Someone like the Fashion Designer mentioned above managed to reap two job offers from the top-notch premium clothing brands in a matter of 40 days. The employers were sure impressed with the resume because it defined the person and her profession in a manner that was more than appropriate for the position she was applying for. These are positions where there are thousands who consider it a dream job and if one has to reach there, it is important that they do everything it takes. It is important to get out of the ‘crowd’ zone if they have to be noticed and a resume such as this does wonders.

There are a few aspects to consider while creating a fancy resume. It is important that you have the clarity on the data you are going to showcase, the flow of showcasing it and the manner in which you are going to present it. A rough sketch would be a good start. A visual resume should serve the purpose, the most important of which is to be aesthetically appealing to the reader. Knowledge on the use of colors and visuals are the key in this aspect. It then moves to the important aspects of your resume that you wish the employer sees. It could be your key skills or your achievements. Irrespective, it is important that you place them strategically that the reader notices it.

There is a perception in the market that the visual resumes are a gimmick and this is a perspective that developed because of the way in which these resumes were created with no sense of aesthetics or flow to it. A resume does not look good by just using a few colors and using some fancy fonts. Every element of the resume should reflect your personality. It is the same set of industry veterans who call the visual resumes a gimmick appreciates and are impressed when it is done right. All of them have in their careers hired applicants who have appeared for the interview with a well drafted resume.

The below would give you a fair idea about what it means: 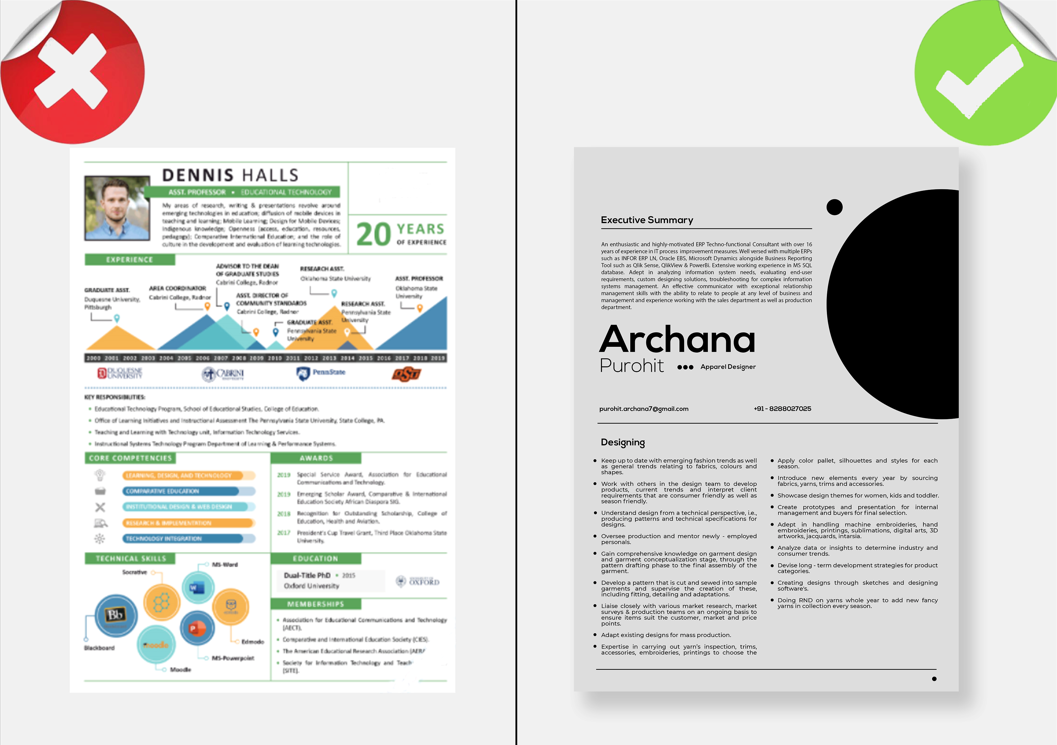 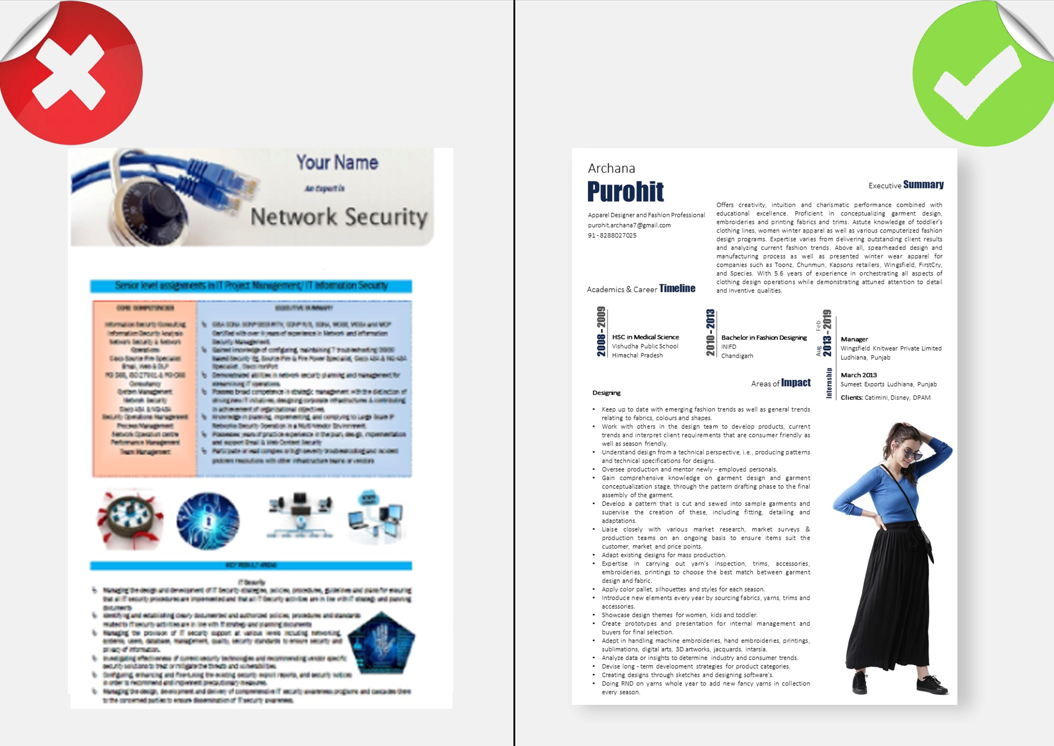 Now that you have seen the difference, you must understand that there are very few in the market who get it right. While most of the resume writing companies try and bring infographics for the sake of it, its only few who use it the right way. The few good ones are as below:

All of these companies have come up with their own works of art which were well received in the market and they operate at different price point. After all, its your resume and quality does not come cheap.